There were three major changes in the design. Firstly, the magnets are stuck in grooves with magnetically fixed on/off positions. Secondly, the axis of rotation was turned 90 degrees so that each disc is rotated with individual motors, this makes it possible to speed up or slow down the movement by creating and releasing tension on the discs, just how one would when using a record player.
Lastly, the top face of the object depicts graphic guides explaining the travel of the sound from the magnet, to the sensor, into the patch bay, through volume amplifier, and into individual speakers. Before becoming hearable, these paths can be interrupted by patching in different custom-made effect boxes. 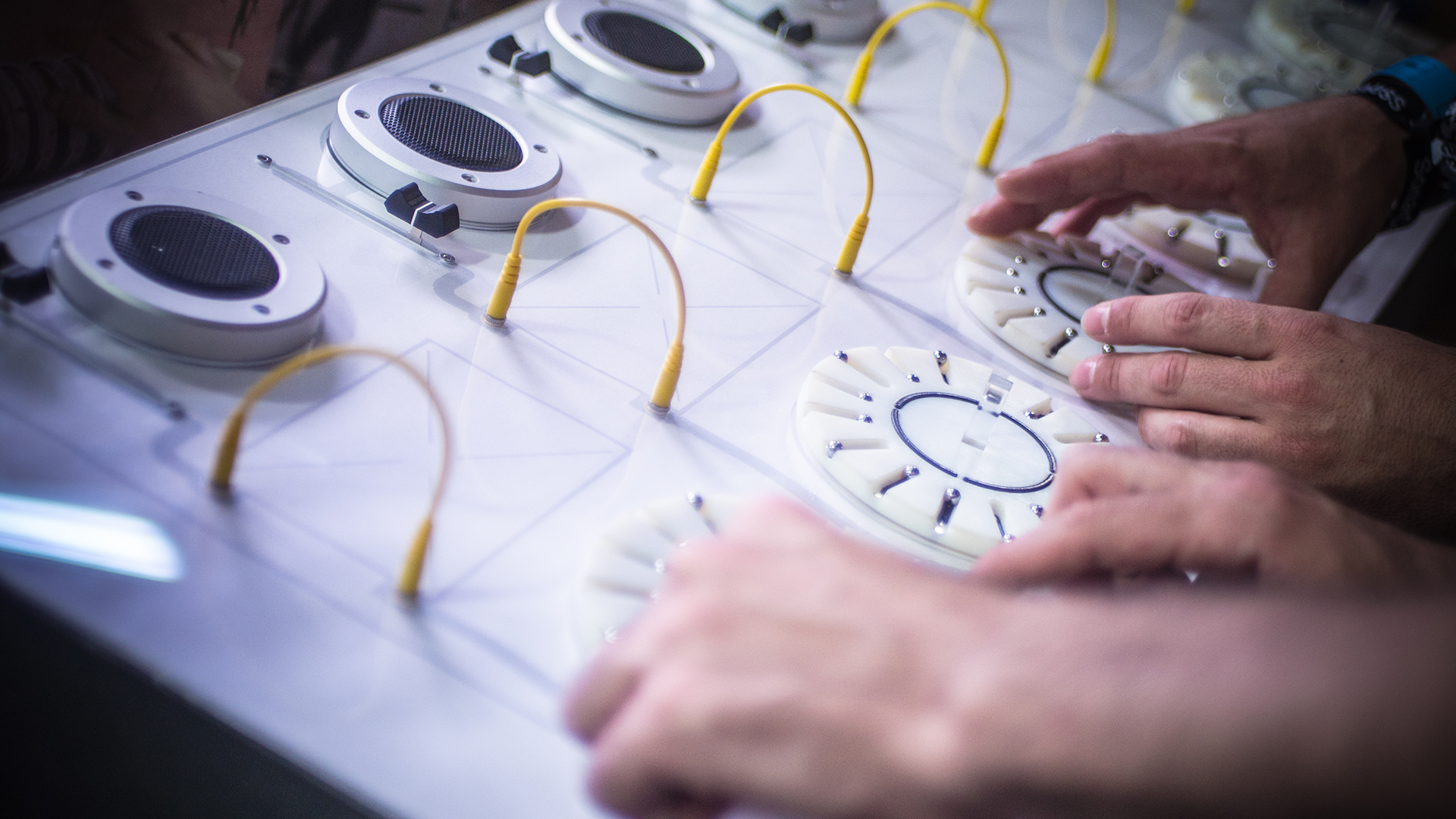 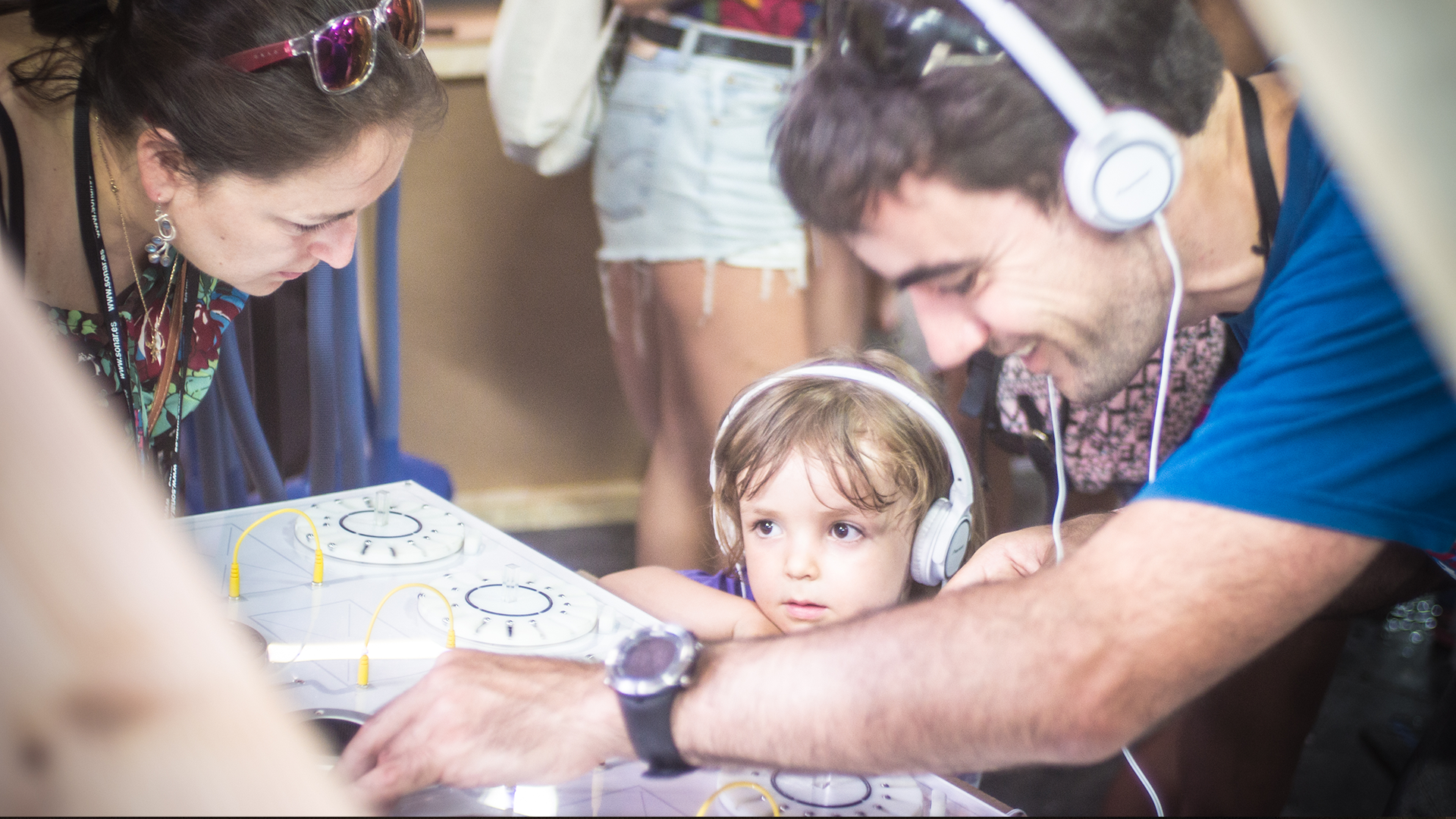 Video from the exhibition 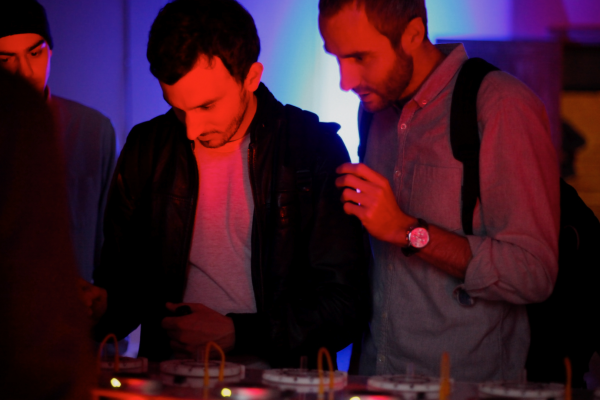 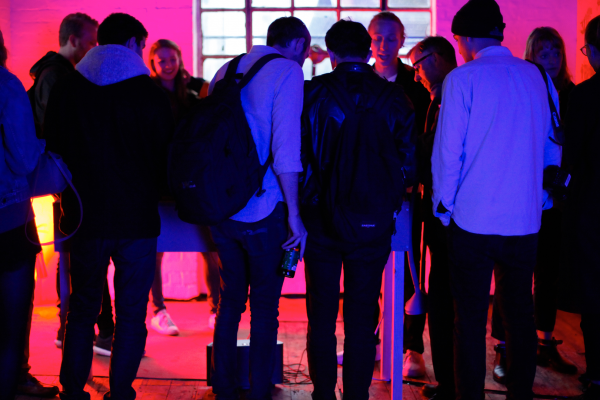 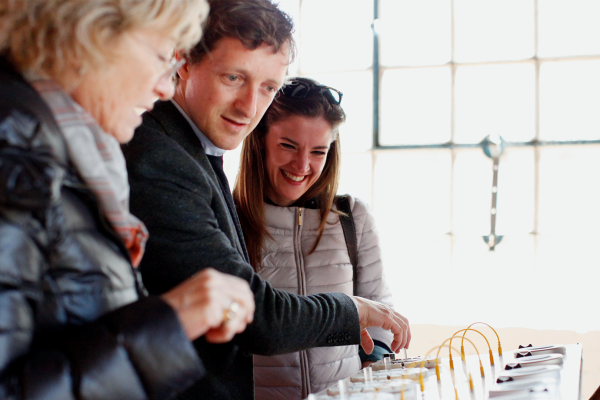 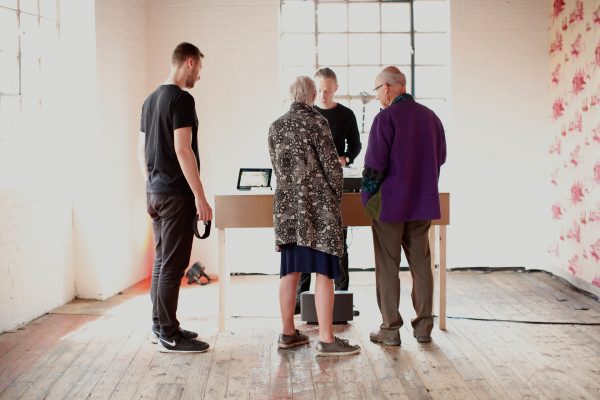 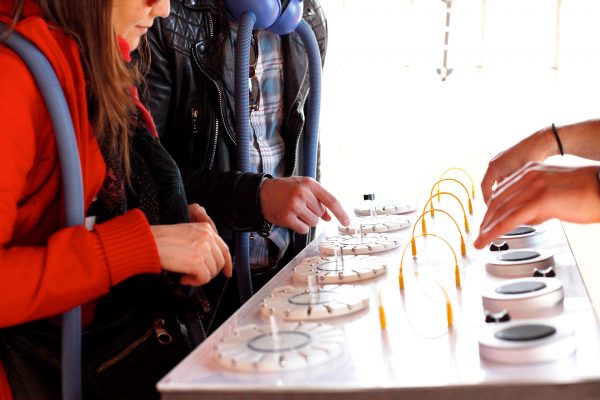